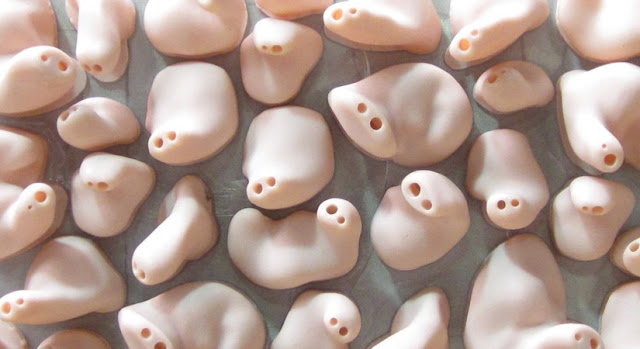 
Specify the kind of objects to create using a prototypical instance, and create new objects by copying this prototype. (dofactory)

Implementing the Clone operation
A small discussion appears when talking about how deep or shallow a clone should be: a deep clone clones the instance variables in the cloning object while a shallow clone shares the instance variables between the clone and the original. Usually, a shallow clone is enough and very simple, but cloning complex prototypes should use deep clones so the clone and the original are independent, a deep clone needing its components to be the clones of the complex object’s components. When we clone complex objects which contains other objects, we should take care how they are cloned. We can clone contained objects also (deep cloning) or we can the same reference for them, and to share them between cloned container objects.

Initializing clones
There are cases when the internal states of a clone should be initialized after it is created. This happens because these values cannot be passed to the Clone() method, that uses an interface which would be destroyed if such parameters were used. In this case the initialization should be done by using setting and resetting operations of the prototype class or by using an initializing method that takes as parameters the values at which the clone’s internal states should be set.