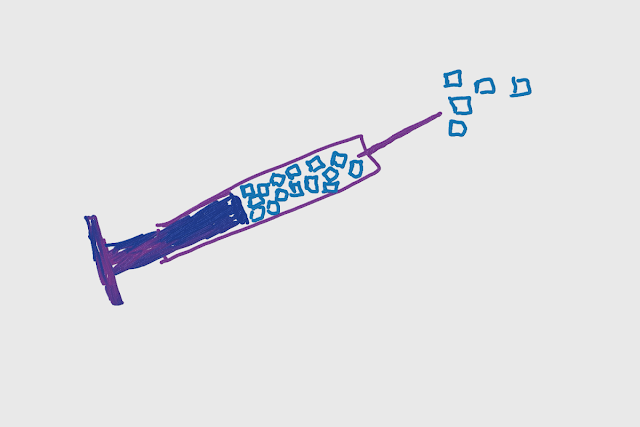 What is Inversion of Control (IoC)?
The basic idea of inversion of control is:

However, it has been defined as "Inversion of control (IoC) is an object-oriented programming practice where the object coupling is bound at run time by an assembler object and is typically not known at compile time using static analysis." (Wikipedia)


What is Dependency Injection (DI)?
The basic idea of dependency injection is:

"interact" with other objects generally means invoking methods or reading properties from those objects. However, it has been defined as "A software design pattern that allows a choice of component to be made at run-time rather than compile time." (Wikipedia).
Martin Fowler defines dependency injection as "A software design pattern that takes advantage of plugins to handle the interaction between components so that using different implementations in different deployments and assembling these plugins into an application is possible".

In the following example class Foo is interacting with class Bar (Foo depends on Bar to fulfill a responsibility).In this case, Foo creates a new Instance of Bar and invokes its method.


On the other side, In the following example the responsibility of getting a reference to an implementation of type IBar is moved outside of Foo. In this case, IBar has been injected into Foo as a dependency, via the constructor (It is also possible to inject dependencies via a property or even a regular method).

How DI helps you to develop cleaner codes?
Dependency Injection is an evolution of the "Factory Pattern" and can be done by hand or using a framework. It is basically an automated way to initialize a graph of objects which has the following benefits:

What is a Bootstrapper?
A program that bootstraps itself is one that begins with an extremely trivial operation and then uses that to continue the start-up process internally. In a strict sense, the program does need help for the very first step but once that happens it doesn't need any external help.
Traditional IoC solutions typically use a bootstrapper to configure components explicitly. The bootstrapper component has its own dependencies, but they're isolated to a single place within the application. This is usually a container that can be passed around; it can create classes while passing in the required dependencies, or it can be queried to return an implementation for an interface.

Generally speaking, A bootstrapper in any application can be considered the entry point for running the application that is used to configure and initialize application's shell, modules as well as the IoC container.


Resolver and Registrator implementations for Unity